Horror anthologies are tricky to pull off, given that what scares one person won't scare another. That means you rarely get the kind of sustained uneasiness that comes from a single-story fright flick. V/H/S/94 – the latest entry in the popular series – mostly avoids that pitfall. Each of the stories here is sufficiently disturbing to raise your pulse. Of course, different viewers will choose their personal favorite sections, but there are no outright duds, making for a consistently creepy experience.

Jennifer Reeder (Knives and Skin) directs the wraparound segment, “Holy Hell,” which focuses on a SWAT team storming a warehouse where people are forced to watch gruesome VHS videos. The rest of the picture represents some of those tapes. The segments are:

“Storm Drain” - Chloe Okuno delivers a tale about a TV news reporter and her cameraman doing a story on people living in the sewers. They venture in further than they initially intended, only to come face-to-face with a terrifying entity guaranteed to give you shivers. Excellent use of what appears to be a real location, superb practical effects, and a wickedly gory finale make this a first-rate shocker.

“The Empty Wake” - Simon Barrett, writer of The Guest and Blair Witch, offers up a darkly funny tale involving a junior mortician left to supervise a wake that no one shows up to, thanks to a bad storm outside. That leaves her alone with the corpse in the coffin, which may not be as dead as she thinks. What happens next is really clever in a macabre sort of way.

“The Subject” - Directed by Timo Tjahjanto (Headshot), this one is a little slow to start as it sets up its premise, in which a mad scientist turns humans (or parts of them, at least) into bizarre machines. Once a SWAT team invades his compound, though, the segment becomes an insanely violent thrill ride, shot in a manner similar to a first-person shooter video game. The over-the-top quality of the bloodshed is truly impressive – and not for viewers with queasy stomachs.

“Terror” - Ryan Prows (Lowlife) brings us the concluding section, which is arguably also the best. A right-wing militia has captured a vampire. They plan to use its blood, which explodes in sunlight, to carry out acts of domestic terrorism. Aside from having the requisite horror element, this is a sharp satire of the gun-loving, far-right wingnuts who have proliferated over the past several decades. The story may take place in 1994, but it's incredibly timely.

To my mind, “Storm Drain” and “Terror” are great, while “The Empty Wake” and “The Subject” are good. “Holy Hell” has the thankless job of tying everything else together. Again, no outright duds. Any horror anthology that can make that claim is most definitely worth investing your time in. V/H/S/94 is streaming on Shudder, so if you're a subscriber, be sure to bump it to the top of your must-watch list.

V/H/S/94 is rated R for unrated, but contains copious amounts of blood, gore, and carnage. The running time is 1 hour and 40 minutes. 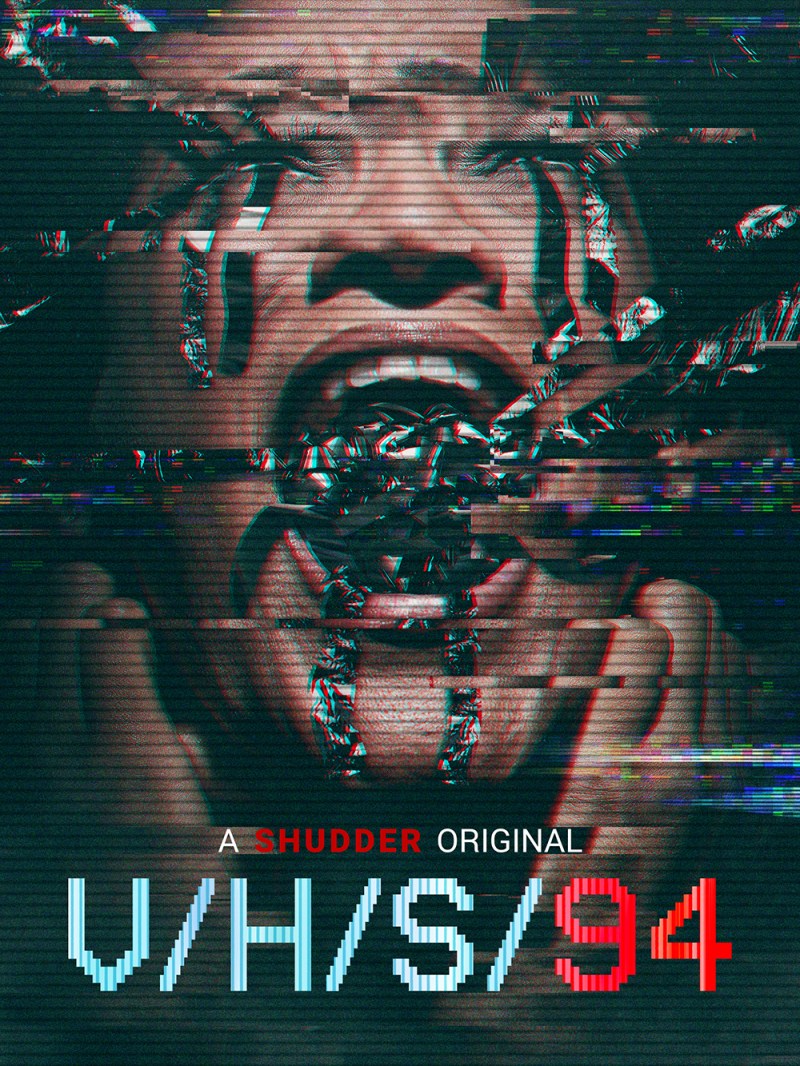