Onscreen portrayals of the LGBT community have improved significantly over the last twenty years. Growing up in the '80s, the only time I saw a gay character onscreen, they were portrayed in an over-the-top manner. Meshach Taylor's character in Mannequin is a perfect example – all comic relief, no substance. Thankfully, we live in an age when we can have something like Fire Island where there's an ensemble of gay characters, all of whom are multi-faceted. That's great to see, and enough to make me wish the film was just a little bit better than it is.

Noah (Joel Kim Booster) gets together with best friend Howie (Bowen Yang) and their group of pals for an annual trip to Fire Island, the seasonal resort off Long Island, New York. They stay with Erin (Margaret Cho), a slightly older woman who acts as a den mother. Noah's goal for the week is to get the uptight Howie laid. That seems easy enough when Howie hits it off with preppie Charlie (James Scully). However, Charlie's overprotective, disapproving friend Will (Conrad Ricamora, giving one of 2022's best performances) keeps hovering around, threatening to throw a monkey wrench into things, to Noah's extreme dismay.

There is much to appreciate about Fire Island. The characters are appealing. They have colorful and witty personalities, and the way they look out for/support each other makes them instantly likeable. All the actors in the ensemble cast collaborate effectively to make the group feel like a cohesive unit. We believe that we're watching a gang of friends who have a long history together. Filming on the actual Fire Island, director Andrew Ahn provides a smart, insightful look into the dating and pick-up rituals that take place there. Because we care about the people, those rituals come with stakes. Howie, in particular, seems deserving of happiness, so there's a rooting interest in how things will work out with Charlie.

All of those good elements are undermined by one thing: Joel Kim Booster's script. It relies on intrusive voiceover narration from Noah that continually reminds us we're watching a movie when we should be growing immersed in the situations facing the characters. His ongoing jokey analysis isn't necessary. A subplot between Noah and Will, meanwhile, is handled in a thoroughly predictable, color-by-numbers manner. The two don't like each other and spend a lot of time bickering. That can only mean that they have a secret attraction. It's been done a million times before, and the screenplay adds nothing new to the idea.

Fire Island also falls victim to some very dumb plotting. In the most egregious example, Will tries to warn Noah about Dex (Zane Phillips), a stranger who adheres himself to the group. He's a bad guy, Will keeps saying. What he doesn't say is what Dex does that makes him a bad guy. Instead, the story waits for Dex to do his bad thing to one of Noah's friends in order for there to be a big dramatic moment. Had Will exercised common sense by specifically identifying Dex's heinous behavior, all that could have been avoided. This problem is made more frustrating by the fact that Conrad Ricamora gives an intelligent performance, rendering Will's stupidity in this regard totally unconvincing.

Those script frustrations limit Fire Island's success as a rom-com. With so many smart elements and such appealing performances, it's unclear why the movie occasionally embraces overused clichés and contrivances. I liked about 75% of the film. The other 25% left me irritated.

Fire Island is rated R for strong sexual content, language throughout, drug use and some nudity. The running time is 1 hour and 45 minutes. 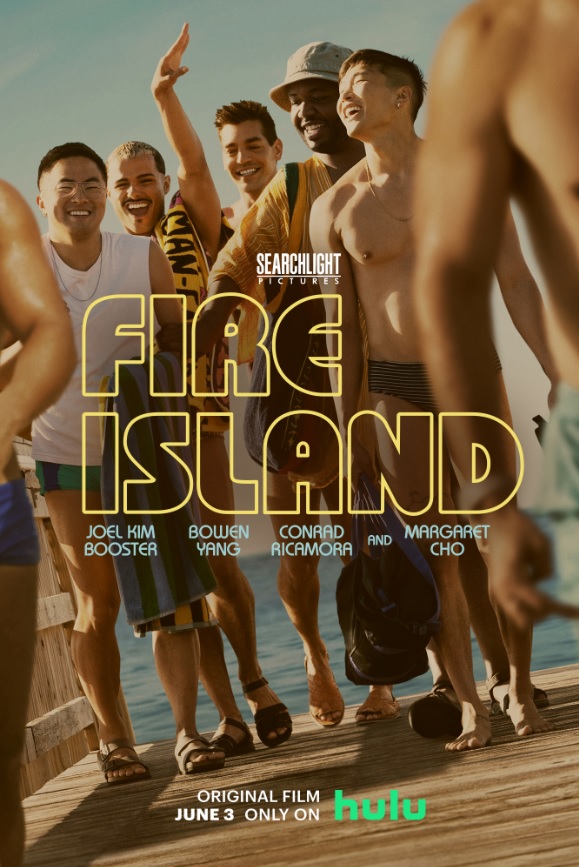