To the best of my remembrance, I have never seen a film quite like The Infiltrators. You could call it a dramatization or a documentary and you'd be right either way. Directors Cristina Ibarra and Alex Rivera couldn't tell their whole story in documentary format, so they mix the footage they could get with recreations of the parts that were off limits to their cameras. The approach takes a couple minutes to get used to, then morphs into a provocative look at America's detention system for undocumented immigrants.

Marco Saavedra and Vidi Martinez are activists who work with a group called the National Immigrant Youth Alliance. It's made up of young DREAMers – people who were brought to America illegally as children and have grown up here, therefore considering the country their one and only home. Their mission is to fight unjust deportations.

NIYA's leader, an Iranian refugee named Mohammad Abdollahi, is contacted about helping Claudio Rojas, an undocumented man living and working in the United States for decades. To do this, he convinces Marco to show up at the door of the Broward Detention Center in Florida to essentially turn himself in. Once inside, Marco can make contact with Claudio, get him (and anyone else possibly facing deportation on shaky grounds) to sign a waiver allowing the release of their personal information. In so doing, NIYA can do an end-run around ICE, providing details of the conditions inside Broward and the pending deportations to sympathetic politicians and/or media outlets who might help. When Marco discovers there's a wing for women, Vidi does the same.

To show what happens inside Broward, Ibarra and Rivera cast actors as Marco (Maynor Alvarado), Vidi (Chelsea Rendon), and Claudio (Manuel Uriza) and rely on scripted dialogue based on their recollections. The footage of Vidi (before she goes in) and Mohammad is real. In other words, we see their actual responses to the events that have been recreated.

The Infiltrators needs that approach, because seeing what happens inside Broward is important to our understanding of the situation. Detainees are made to work for only one dollar a day, the guards take delight in intimidating them, and there's a real fear of being kicked out of the only country they know and shipped to someplace where they have none of the basics (housing, job, money) available right away. Mixing skillful, well-acted dramatization with authentic footage helps the movie build suspense, especially since Marco and Vidi risk getting deported themselves. The stakes for everyone are palpable.

Whatever you think of the immigration system, the fact remains that there are a lot of undocumented people who came to this country as kids, with no say in the matter. Many of them have lived productive lives here, working jobs and contributing to their communities. Are they not Americans simply because they lack papers? Should we hold the actions of their parents against them if they've done nothing wrong? It is moral to deport them, knowing they might not be able to survive? The Infiltrators challenges us with these and other questions by pulling back the curtain on ICE a little bit.

Most of us probably agree that the immigration system isn't perfect. It needs work. Here is a film that can help spur important discussion. See it and engage thoughtfully in that discussion.

The Infiltrators is unrated, but contains adult language. The running time is 1 hour and 35 minutes. 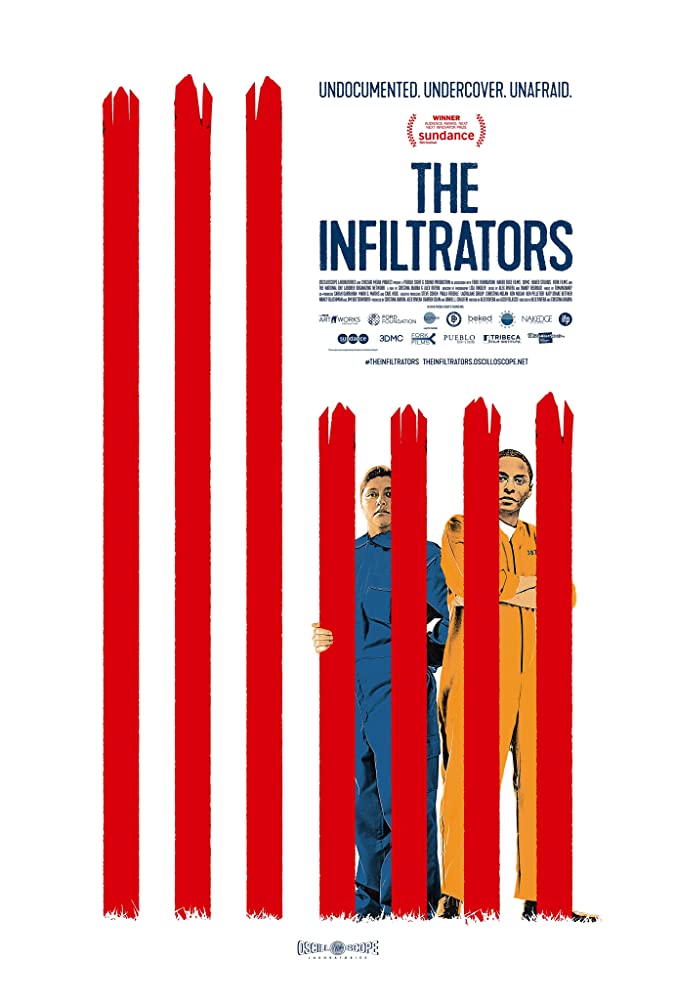