The Owners starts off feeling very familiar. Three friends come up with the bright idea to break into the spacious home of a local doctor so they can steal whatever is in the safe they've been told is there. Gaz (Jake Curran) is the unhinged member who drives the mission. Terry (Andrew Ellis) is a nervous follower, the kind of guy who does whatever someone else tells him to do. Nathan (Ian Kenny) is somewhere in the middle. He's not necessarily a bad guy, although he's definitely susceptible to Gaz's influence. After breaking in, they discover that the safe cannot be opened, so they opt to wait around until Dr. Huggins (Sylvester McCoy) and his wife Ellen (Rita Tushingham) come home. Then they'll threaten the couple into providing the combination. Before they arrive, Nathan pulls girlfriend Mary (Maisie Williams) into their scheme.

Dr. and Mrs. Huggins eventually return, something shocking happens, and suddenly they have the upper hand on their would-be captors. At this point, I expected The Owners to be a British version of Don't Breathe, with the leads trying to find a way out of the house they've become trapped in. That isn't quite what happens. Instead, the story proceeds to twist and turn in ways we don't anticipate – ways that reveal startling secrets about the characters, their pasts, and even their relationships to one another.

Directed by Julius Berg and based on the graphic novel Une Nuit de Pleine Lune, The Owners is more than just a “victim turns the tables” thriller. It very much focuses on the motivations of the people who inhabit the story. Nathan is tired of being broke, which causes him to be influenced by Gaz. Mary thinks the robbery is a bad idea, yet her love for Nathan makes her complicit. She also blames Terry for an incident involving her sister, whom he dated, creating a tense dynamic between them. As for Dr. Huggins, you're better off discovering that one for yourself.

Shocking moments of violence can be found in The Owners. Emphasizing what's at stake for the characters makes those events register with more tension. I like how the film plays with our expectations as to who will be prominent players in the story and who won't. Extra suspense is built from not knowing what Dr. Huggins' deal is. Theoretically, he should be terrified by his unwelcome guests, who are younger and more fit. A sense of calm radiates from the man, letting us know he's got an ace in the hole. Only in the final minutes do we learn the truth about him, and it's the most surprising scene by far.

A few occurrences are admittedly a bit far-fetched. Still, the tension is consistent, the movie is visually interesting, and the performances from Williams and McCoy are terrific. The Owners is a picture that keeps you guessing.

Note: The Owners will debut in theaters and on VOD starting September 4.

The Owners is unrated, but contains adult language and strong violence. The running time is 1 hour and 32 minutes. 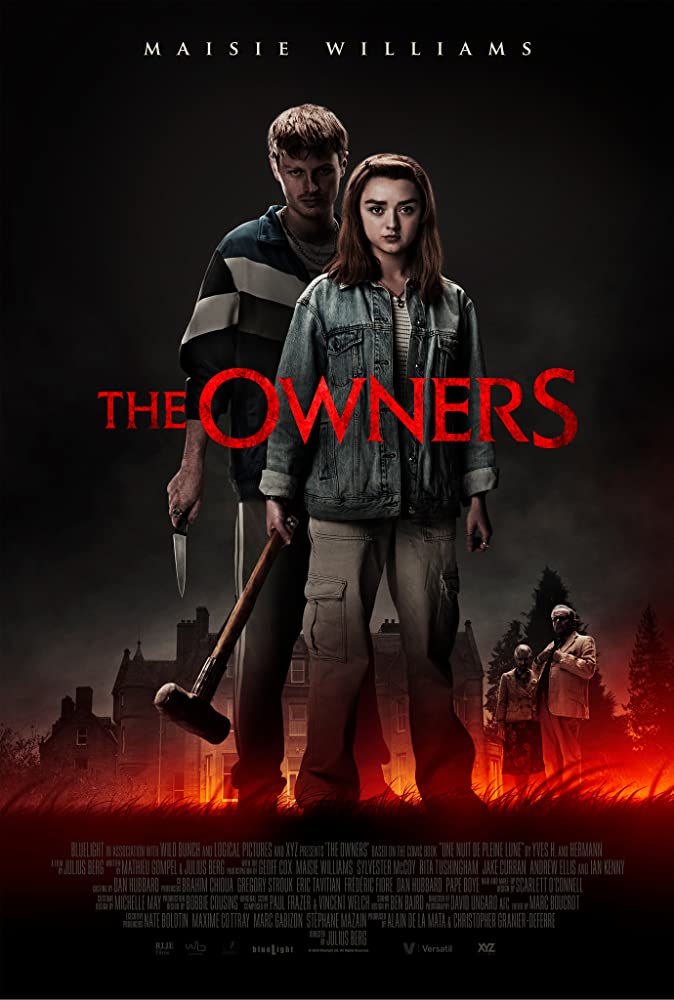