Wolf is about a group of people who believe they're animals. They seem perfectly happy in this delusion, and from the looks of it, nobody has caused harm to anyone else. Nevertheless, loved ones do not want these folks to see themselves in this particular way, so they commit them to a mental health facility designed to treat the “problem.” If that makes you think of gay people being forced into conversion therapy or transgender people being pressured by family members to live in a manner that feels wrong to them, it's probably intentional. Wolf is far from being an obvious metaphor, though. The film, written and directed by Nathalie Biancheri, doesn't hammer home any obvious comparisons. It simply tells a weird little story and allows the viewer to make whatever connections they want.

George Mackay (1917) plays Jacob, a guy who thinks he's a wolf. He's been committed to an institution run by the ethically-hazy doctor known as “The Zookeeper” (Paddy Considine). The man's methods include dangling a young woman who thinks she's a bird out of a several-stories-high window so that her fear of falling will overtake her belief that she can fly. Jacob is resistant to the Zookeeper's techniques, sneaking out in the middle of the night to howl at the moon. During one of these sessions, he meets Wildcat (Lily-Rose Depp), who believes she is exactly what her name implies. From there, Wolf tracks what happens as these two come together spiritually and physically in a quest to live freely.

Early scenes in the movie suggest that it's going to mock the characters. Some humor is mined from the patients in the clinic, especially one young woman who dresses as the parrot she identifies as. In reality, we're being lulled into a false sense of where the story will go. Wolf ends up having great empathy for these people. Biancheri wants us to laugh initially so that it registers how much we care about Jacob, Wildcat, and their cohorts by the end. That sly approach works really well. This is the heart of the picture -- the idea that once you get to know somebody, it becomes easier to accept them. Labels and lack of information are what we truly fear.

To pull off a concept like this, you need actors who aren't afraid to go for it. Wolf has them in Mackay and Depp, both of whom are phenomenal. The stars completely sell an admittedly off-the-wall concept. Never once do they wink at the camera or play their characters' dilemma for cheap comedy. Instead, they get to the heart of the matter, which is that both Jacob and Wildcat are far happier as animals than as humans. The connection they form is the soul of the movie. In each other, the two find an understanding and an acceptance that isn't available to them elsewhere - certainly not in their disapproving families.

With a relatively brief 98-minute running time, the film had room to go into the psychology of Jacob's affliction, as well as the philosophies behind the Zookeeper's “treatments.” Although Considine is on fire here, the character itself is a one-dimensional villain. Getting more into how/why he developed his methods would have deepened the story's themes considerably.

At the core, however, Wolf is a challenging and compassionate movie, driven by the commanding work of its two leads. Making the central affliction so offbeat allows the film to issue a plea for understanding without sacrificing entertainment value or becoming didactic. By the end, your assumptions about the characters have changed, to the point where you root for them to live as they choose, foreign as it may seem. You don't see that coming at the start and are surprised when you realize it's happened.

This is a picture whose ideas lodge in your mind.

Wolf is rated R for some abusive behavior, sexuality, nudity and language . The running time is 1 hour and 38 minutes. 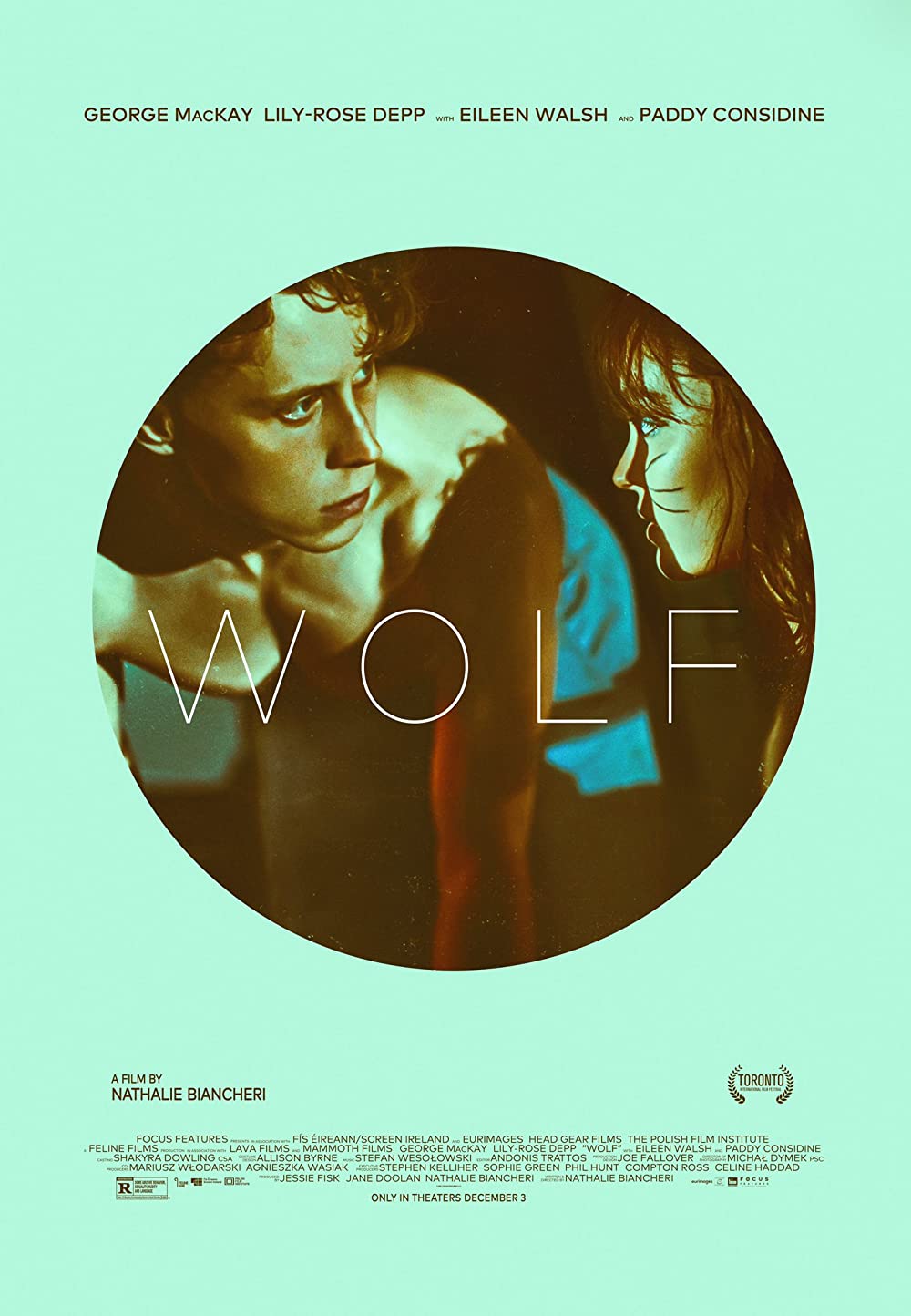